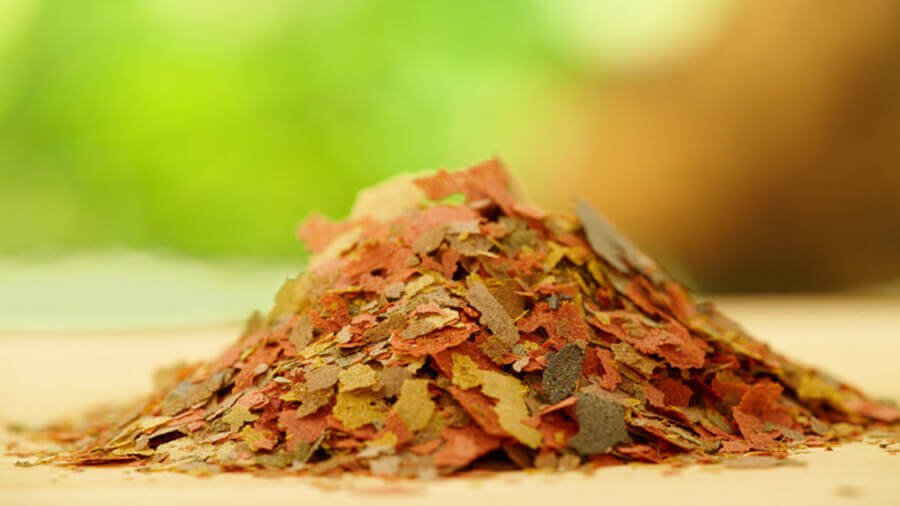 Feeding your fish an improper diet is as common a mistake as overfeeding.

Providing the correct diet is essential for fish growth and health. Dietary deficiencies will not only shorten the lifespan of fish and cause many diseases, but will also contribute to a deteriorating water quality by polluting the water.

The diet of fish varies based on their individual nutritional needs. Some require meaty foods (carnivores), some plants (herbivores) and some a combination of both (omnivores).

Besides requiring specific dietary and nutritional needs, fish also have varying feeding habits. Generally three feeding groups can be identified. There are bottom feeders, mid-water feeders, and top or surface feeders. Fish are usually easily categorized by their mouths. While bottom feeders have downward positioned mouth, an upward facing mouth is easily distinguishable for surface feeders.

To accommodate feeding preferences and habits, fish food is available in many shapes and sizes: flakes, pellets (sinking and floating), live foods, frozen, dried food, small, medium, and large for all species in various sizes and forms.

In nature, fish scavenge for food all day long, detecting food by various techniques such as movement, smell, visually, taste, color, and flavor. In aquariums fish need to be “trained” to eat food that otherwise would not be part of their diet.

Fish need protein mainly for their growth. Fish in general need less food to grow than other animals. It has to be noted that adult fish will not utilize all the protein provided in the food. It is important to use less protein rich foods for adult fish because the excess protein is being excreted as ammonia.

Less protein is required for cool water species like goldfish as the metabolism slows significantly the lower the temperature.

Most fish do fine with the animal protein contained in fish food, some herbivores nevertheless do require plant protein which can be supplied by spirulina or similar algae flakes or wafers.

Fats and carbohydrates provide energy and free proteins for growth. There are some fats that provide pigments responsible for color especially red yellow and green.

On the fish food ingredient list, fat is generalized.

Fat actually consists of dozens of fatty acids (lipids) each plays an important role. Fatty acids differ in freshwater and marine foods and can therefore not be interchanged as it would lead to fatty acid deficiencies (liver damage, bacterial diseases, shortened life span). Too much fat (feeder fish) should be avoided.

Carbohydrates are not essential for growth but energy. Fish food contains largely about 50% protein and 40% carbs. For growing fish, the carbs should be limited to allow more protein in the diet, while adult fish should be fed more carbs then protein.

Vitamins are the catalysts for biochemical reactions. Deficiencies will result in retarded growth or diseases.

In the same way as with human beings, vitamin C (ascorbic acid) can only be digested directly instead of being absorbed via proteins in prepared foods. Vitamin C is essential in tissue building and calcification of bones.

The main problem in providing vitamin C is the rapid decomposition in water. Ascorbic acid oxidizes in the water, increasingly so with a higher water temperature. High moisture content in the food and wrong storage will further deplete vitamin C. The same holds true for other vitamins especially Vitamin B which is responsible for the breakdown of carbohydrates (B1) as well as hormone production and metabolism (B5).

Vitamins C and B are depleted by oxygenation within roughly one minute, which significantly increases the meaning of feeding only as much as a fish can eat within one minute.

Liquid vitamin supplements are totally useless for freshwater fish because they don’t drink water. Vitamins are best supplemented by first feeding them to brine shrimp which will ingest them and therefore become live “carriers”. Fish can then eat vitamin “enriched” shrimp. The same method can also be applied to medication, using the shrimp as carriers instead of medicating the whole system.

Minerals serve as building blocks for bones and scales among others. Phosphates and calcium are the most important representatives of the mineral group. Both elements as well as sodium, potassium and other important minerals can be found in the water column itself as they are only necessary in limited amounts.

With all the food varieties on hand, it is important to provide a balanced and nutritional diet with a variety in food choices. Since fish food deteriorates as soon as it is opened, small containers should be the packaging of choice. 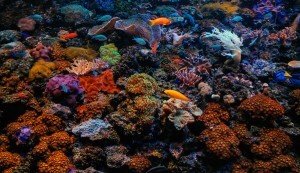