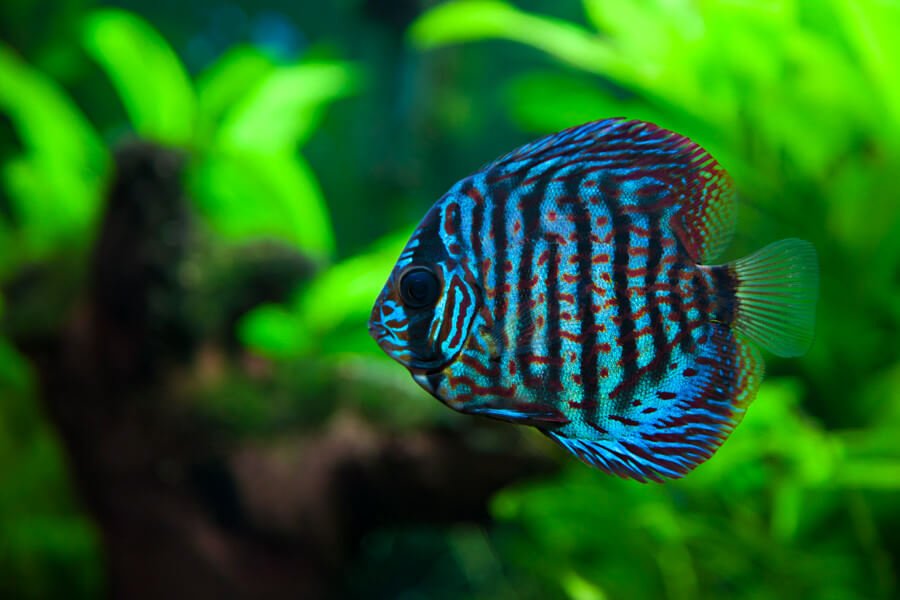 Green aquarium water is often referred to as “pea soup”. Free floating single celled algae grows at such a rapid rate that it turns the water green.

If one were to take a glass of water, then added some fish food and placed it into a sunny spot you would have green water within days!

This “recipe” holds, in part, true for aquariums as well.

What is green aquarium water?

Green aquarium water is nothing more then single celled planktonic organisms The most common type of blooming “algae”, Euglena, consists of hundreds of species. Planktonic algae are unicellular organisms not clearly characterized as plant or animal. As all protists they have both, plant and animal like characteristics.

Equipped with flagella the protist is mobile, allowing the organism to move towards the light. Phothosyntesis is one of the energy sources this organism utilizes.

An organism that creates its own food is referred to as autotroph, while a heterothropic organism requires an organic substance for its development. Green water causing algae can switch from autotroph during the lighting period to heterothroph at night.

If light is not available for phothosyntesis the chlorophyll will turn clear and regain its color once sufficient light is again available. In older literature the lights-out-method has been recommended to eliminate an algae bloom. The result in most cases was a return of the bloom within days.

Green water causing algae are always present, but will not bloom if the aquarium is well balanced, meaning that all things exist in an equilibrium. External or internal impacts will result in an imbalance.

In reference to the green planktonic algae the balance is maintened by either sufficient numbers of zooplankton, or optimal water conditions. Huge or frequent water changes will reduce the zooplankton content and therefore increase the density of the green water by simply removing the leading predator. Less then perfect water conditions are man made, by habit and circumstance as further described below.

Plankton is the base of the food chain. Green water causing algae are referred to as phytoplankton (microscopic plants/animals) that photosynthesize. Zooplanktons are microscopic animals that feed off the phytoplankton, linking the primary producers to the higher trophic levels. Small fish, larvae, and corals in reef environments then consume zooplankton.

Planktonic algae can therefore be kept in a balanced state if zooplankton is present.

Zooplankton is part of the aquatic microfauna in established tanks. Algaecides and medications can be detrimental for the balance of phytoplankton and zooplankton. Destroyed in large numbers, zooplankton will no longer feed off the planktonic green algae, but further deterioate the water quality, progressively fueling the algae bloom.

In new setups, heterotrophic bacteria get to work faster then the nitrifyiers, which in consequence can cause the water to become cloudy, which in this case is a bacteria bloom.

Heterotrophic bacteria settle wherever dead organic material can be found. In some cases they appear as a cloud after the aquarium substrate has been vacuumed or otherwise disturbed.

The more waste is in the aquarium, the larger the heterotrophic colonies will grow. During the mineralization process, ammonia, CO2, and other substances are produced. CO2 is needed for photosynthesis and is an ingredient for the planktonic algae to thrive on. An increase of CO2 is directly linked to a declining pH.

Bacteria, either nitrifying or heterotrophic, require huge amounts of oxygen. As the water turns eutrophic (nutrient rich), an increase in bacterial oxygen demand can lead to insufficient oxygen levels for the fish. The lack of oxygen is the main risk during an algae bloom. This is enhanced by photosynthesizing planktonic algae, which produce oxygen during the day and deplete oxygen over night.

In almost every case green aquarium water can only be treated by lowering the eutrophication (the enrichment of an aquatic body) of the water column. 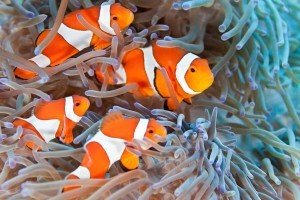 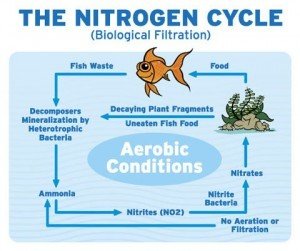 How to Adjust the pH in Your Aquarium 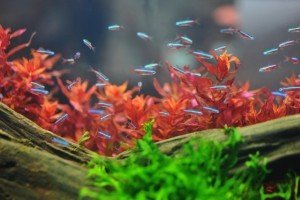