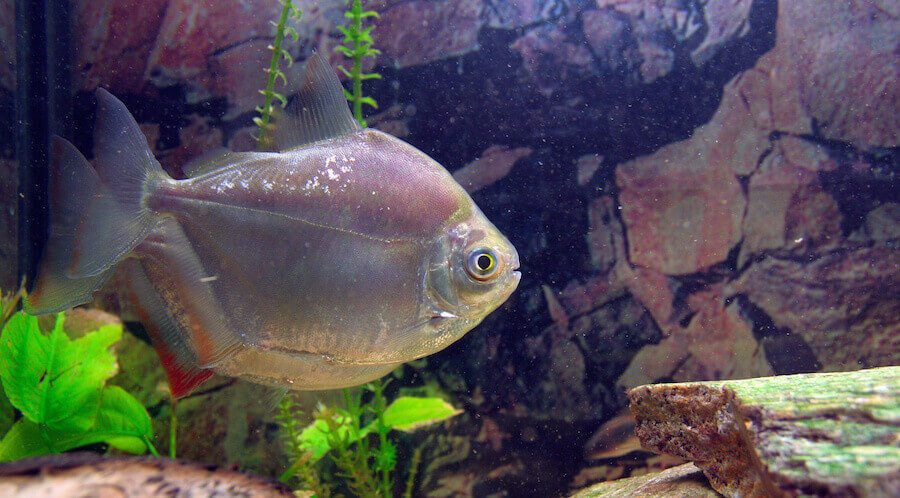 Brackish habitats can be found in nature throughout the world where river deltas meet the ocean. These environments are known as estuaries, mangrove forests or swamps.

The brackish aquarium is home to many popular fish in the hobby such as the dog faced puffer, monos, scats, shark catfish, mollies, gobies, spiny eels and killifish to name a few.

Adjustments have to be made depending on the species to be kept. The gravel should consist of coral sand and driftwood. A moderate to strong current should be provided by the filter system.

Interesting and popular set-ups start at about 55 – 75 Gallon sizes. There, the aquarium is filled only about half way with water. One side of the tank will provide a sandy/ muddy beach with little rocks and driftwood, on the other side mangroves can be planted. Mangrove seeds can be found in specialty aquarium stores or online, but they have to be pruned once in a while to stay small (this is done by removing all but one or two leaves and cutting back the roots occasionally). Mangroves root in the substrate and grow above the water surface.

The Mangrove tree is a very unique plant. Mangrove take up water through the root system, where it is able to filter out salt. Mangroves can grow in both, salt and freshwater environments.

Seeds are available ranging between $4.00 – $25.00 for basically 4 stages. The first has no roots or leaves, the second has little roots, the third some roots and leaf sprouts, and the last stage has roots and leaves.

The seeds are best introduced into the aquarium by placing them into a sheet of Styrofoam. Small holes may need to be cut through which the seeds can be pushed. Providing a regular lighting source (fluorescent 20 – 40 Watts) for 10-12 hours per day, the plants are left afloat. As they grow, the roots can eventually be placed on rocks or the substrate where they will find hold.

This set up now allows for some very interesting fish to be kept. The Mudskipper, the Archerfish, and the Four Eyed fish.

The muddy, humid banks of the mangrove forest is home of the mudskipper. This fish has the ability to live outside the water by dragging himself onto the muddy surface. There the fish looks for food. Fins are adapted to swim, walk, climb and to jump. Breathing takes place through skin and gills which have to be wet at all times. While on land, the mudskipper stores water in the gills for breathing. This fish has to be fed with live food such as, worms, insects, crickets, flies, grasshoppers, beetles, small surface fish, etc. This fish needs water as it needs muddy land, detail to the set up is essential in keeping the otherwise easy to maintain fish.

The Archerfish has excellent eyes and spends most of the time swimming near the water surface. Feeding takes place by locating insects sitting on plant leaves or are simply flying by. With its mouth the Archerfish builds a tube and with a sudden closure of the gills, the fish is able to shoot a stream of water up to 5 feet. The stream hits the insect with incredible accuracy and throws it onto the water surface. The Archerfish is easy to maintain, but also relies on live food as the only food source.

Another very interesting species is the Four-Eyed Fish. Other than suggested by the name, this fish actually has two eyes, but horizontally divided by a line of cells. The upper part is used above the surface to look out for predators and the lower part is used to find prey below the surface, resulting in 4 different optical views at the same time. These schooling fish mostly hover at the water surface and only dive down to feed. The food source should also be live food such as crustaceans and worms.

All three of the above mentioned fish can successfully share an aquarium, provided it is large enough, requiring 75 Gallons and up.

A brackish aquarium can be a beautiful and rewarding set up where the imagination can run wild. Creating an artificial tide for example by draining some water into a holding tank for periods at a time. 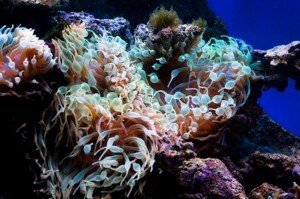 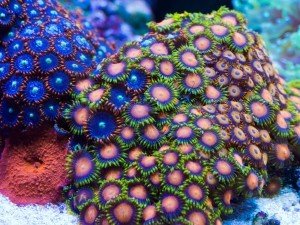 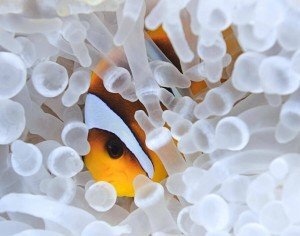